A visit by Dr John Rogers to talk at our monthly Branch meeting always arouses interest and attracts members from afar. It did so in June when members braved a chilly evening to hear him give a talk based on his book, soon to be published, entitled Geological adventures in the Fairest Cape – Unlocking the secrets of its scenery.

As the title suggests, his aim is to get us to look more perceptively at the scenic beauty of the cliffs and towering peaks of the Cape, and be able to piece together some of the clues to the long history and forces that shaped them – the millions of years of constant erosion, glaciation and warming, earth movement and sediment deposition.

His talk followed the structure of the book, as he took the audience on an imaginary journey heading towards the Cape, while pointing out the geological features along the route. He began with the Karoo – a landscape that appears flat and monotonous if one is hurrying through it, but which is, in fact, a treasure trove of fossils and interesting features. The name Karoo means ‘dry place’, but it was once a sea, which left behind river sandstone and fossil-rich mudstone. Familiar landmarks, like the dolerite-topped Three Sisters, began life as a single mountain, which has been separated by erosion.

At Laingsburg the traveler meets the first Cape Fold Mountains, in the location of a large geological fault. Sharp near-vertical spikes of tillite punctuate the ground, in an area that used to be a continental ice-sheet. Rocks of varying origins and ages can be found, which were left behind when the ice melted. A noticeable white line on the hill behind the town is a chert bed, indicative of the existence of shale gas beneath.

The Karoo ends at the Hex River Mountains, where the Klein Berg River has helpfully cut the Hex Poort, a valuable gateway through these otherwise impenetrable mountains. They are part of the Table Mountain Group, with the exception of the Du Toitskloof hills, which are all of the Malmesbury Group.

Once through the Hex Poort, a vast choice of exploration and geological discovery awaits the traveler. Dr Rogers highlighted a sample of the many impressive sights that he includes in his book – Table Mountain and the magnificent Chapmans Peak Drive; the Cedarberg and Kogmans Kloof,  Seweweekspoort and our own Clarence Drive and Hangklip. He illustrated his talk with vivid graphs and illustrations which will assist the reader in identifying the geological features of these areas.

Surrounded  as we are in the Cape by such a wealth of geological treasure to explore, we were privileged to have this stimulating introduction, and look forward to seeing John’s book when it comes out in print. 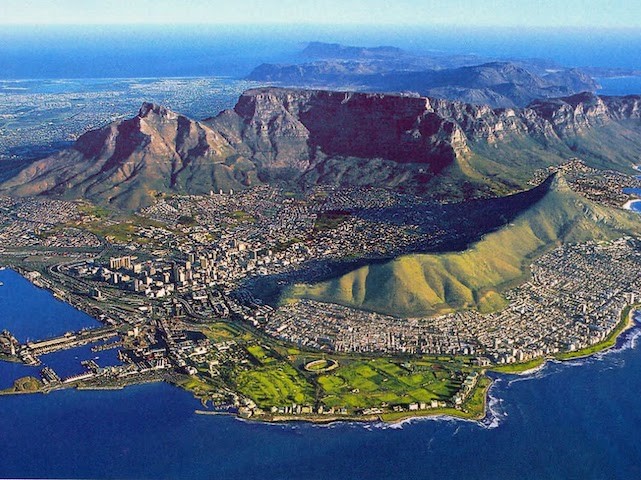